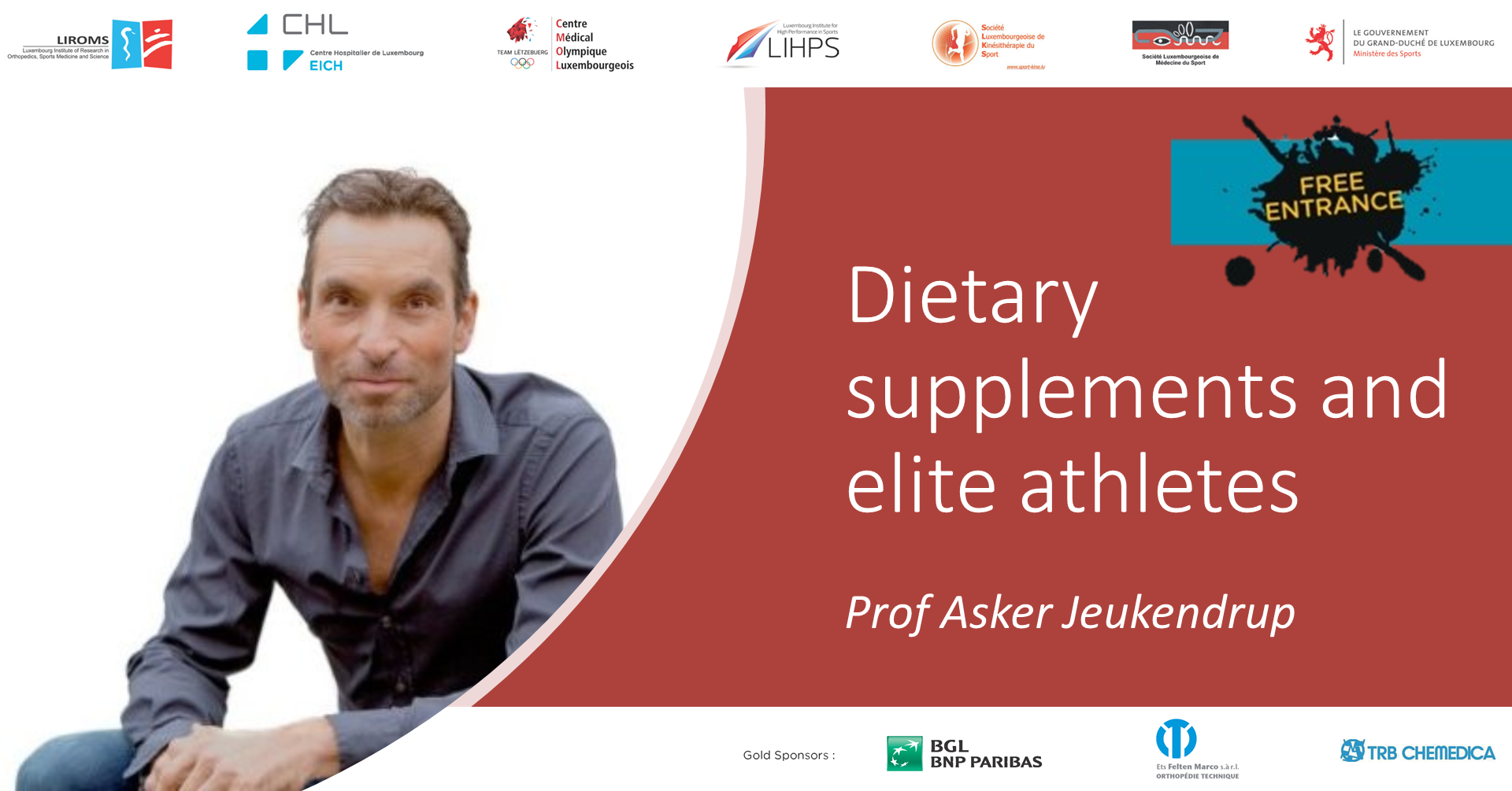 Our next lecture will be on dietary supplements and elite athletes with Prof Asker Jeukendrup (Loughborough University), nutritionist and exercise physiologist for many elite athletes and teams as well as member of the IOC sports nutrition advisory board.
Entrance is free, no registration required.
5th March at 17:30 @ d’Coque

Following a MSc in Human Movement Sciences at Maastricht University in the Netherlands, Asker Jeukendrup completed his PhD exploring the “Aspects of carbohydrate and fat metabolism during exercise”. His research focussed on the interaction between nutrition and exercise. He started as a lecturer at the School of Sport and Exercise Sciences of the University of Birmingham UK in 1998 and became a Professor in Exercise Metabolism in 2005. In 2011 he became the Global Senior Director of Exercise Physiology in PepsiCo. In this role he headed up the Gatorade Sports Science Institute.

He is currently a visiting Professor at Loughborough University, UK and has published over 200 peer reviewed publications and book chapters. He was Editor-in-Chief of the European Journal of Sport Science, and member of the editorial board of the International Journal of Sports Medicine, Medicine and Science in Sport and Exercise and the Journal of Sports Sciences and a member of the IOC sports nutrition advisory board.
He worked amongst others with Rabobank Pro cycling team, Dutch Olympic Committee, British Olympic Association, Chelsea FC, FC Barcelona, Haile Gebrselassie, Chrissie Wellington, Andreas Raelert & Lotto Soudal ProTour Cycling.
(more information on his website: www.mysportscience.com)

The presentation will be in English and is destined for trainers, athletes, medical doctors, scientists, physiotherapists, as well as the broader public.