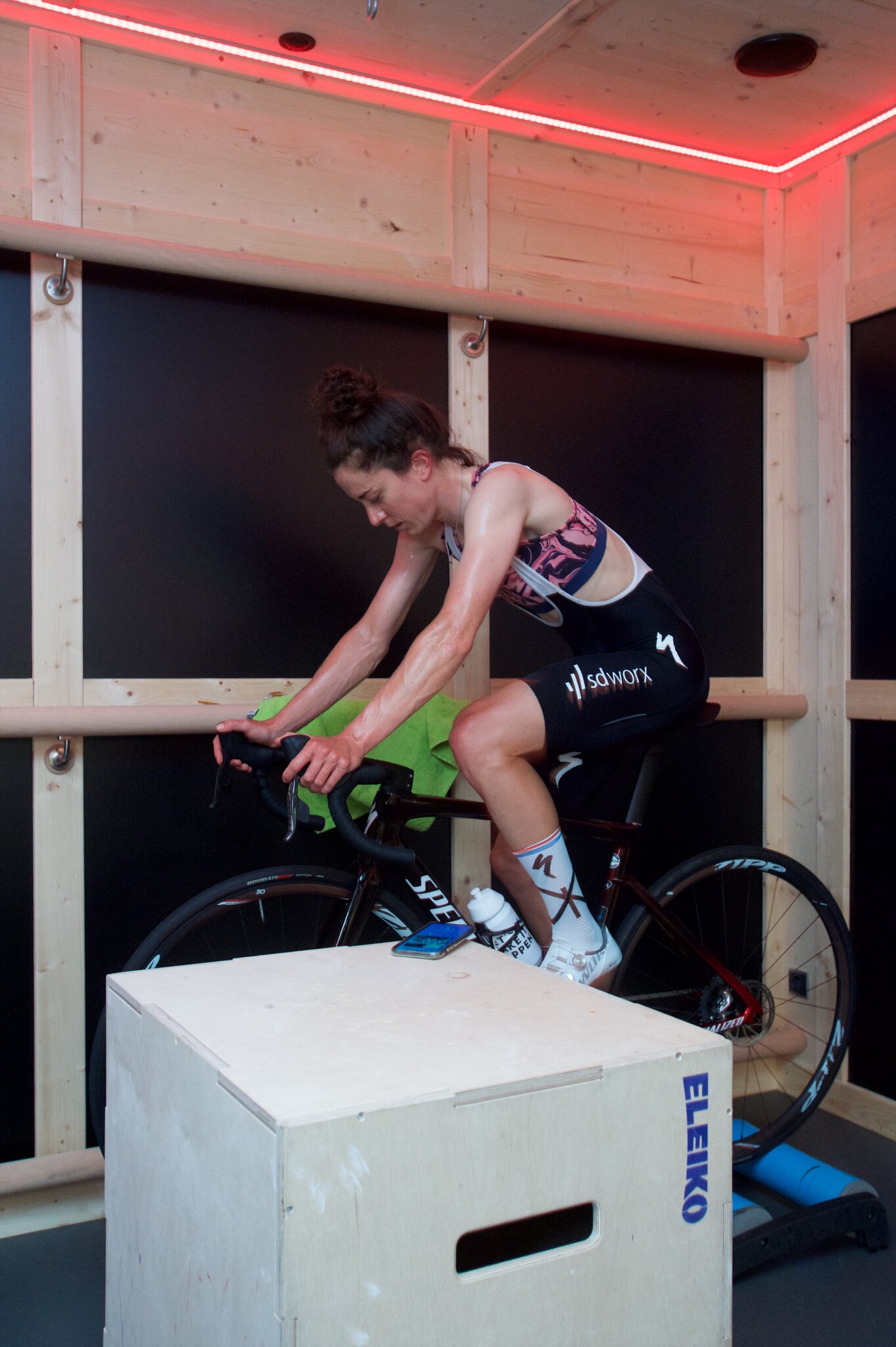 Sports competitions take place under different environmental conditions that challenge the human organism in various ways. During the Olympic Games in Tokyo, outside temperatures hover around 30°C, so heat adaptation plays an important role.

While the normal core body temperature is about 37°C, physical activity generates an excess of heat in the body as a by-product of muscular work. Typically, only about 25% of total energy is used for motion, while the other 75% is lost through heat production. Under hot environmental conditions, significantly more heat is generated in the body than is required to maintain normal core body temperature (especially during prolonged endurance exercise). This causes the body temperature to rise even further, which inevitably leads to a drop in performance or even a complete need to stop if individual limits are exceeded.

To acclimatise the body to the heat, athletes are often advised to train for at least two weeks in a climate similar to that expected during competition. If this is not possible (especially this year due to the Covid regulations), the use of a heat chamber can be used as part of the acclimatisation process.

In preparation for the Olympic Games in Tokyo, the LIHPS had set up an individual heat acclimatisation protocol for Christine Majerus (FSCL) and Stefan Zachäus (FLTri) in the heat chamber of the High Performance Training and Recovery Center at the Coque. Typical training sessions in the heat chamber are usually conducted at 35-40°C and last around 45-60 min. Considering the short lead-up to their respective competitions in Tokyo, the additional stress on the body due to the heat needs to be carefully considered.

Scientific research suggests that the resulting acclimatisation is based on the following physiological and mental adjustments:

Article on heat adaptation in the Tageblatt (in German): https://www.tageblatt.lu/sport/citius-altius-fortius-iii-der-kampf-gegen-die-hitze/